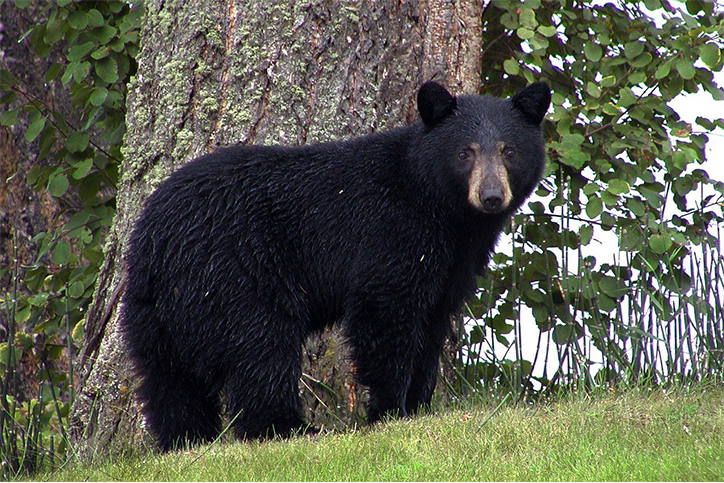 Scientifically known as Ursus Americanus, the American black bear is the smallest native bear to North America. Although they are smaller than the grizzly or brown bear (Ursus arctos) and the polar bear (Ursus maritimus), an adult black bear averages 130-190 cm (50-75") long from nose to tail and approximately 90 cm (35") from foot to shoulder when on all fours. Male black bears typically weigh between 130-500 lbs, while females are slightly smaller and weigh between 90-350 lbs.