All three of these wild cats are larger than your average house cat, and stay active through all seasons of the year. The Bobcat and Canada Lynx are the only two native bob-tailed cats in North America, while the Cougar is Canada's only long-tailed native cat. It is possible, but quite rare, to see any one of these three wild cats in the Whistler area.

There have been a few sightings in Whistler this month of a bobcat who has been lurking outside homes in the neighbourhoods of Alpine and Emerald. Bobcats (Lynx rufus) can be found in places throughout Canada, the United States, and Mexico. 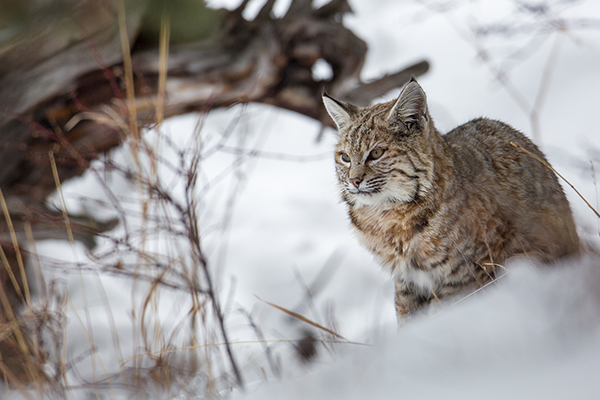 Their coats can be either all one colour or spotted, with colours that range from light grey to reddish brown. They have tuftless ears or very short tufts, and a bobbed tail with a white-tipped underside. Bobcats are solitary creatures who only associate with one another in order to mate, and have an average lifespan of 12-13 years in the wild. Of the three native wild cats in Canada, bobcats are most tolerant to humans and are thus more likely to be encountered or reported. Bobcats are top predators where they exist so ensure your house cats and other small pets are safe by keeping them indoors.

Although very similar to bobcats, Canada Lynx (Lynx canadensis) can be distinguished by their black-tipped tail and longer ear tufts. These adaptable cats have thick, long, grey fur coats during the winter, and short, thin, light brown coats in the summer. 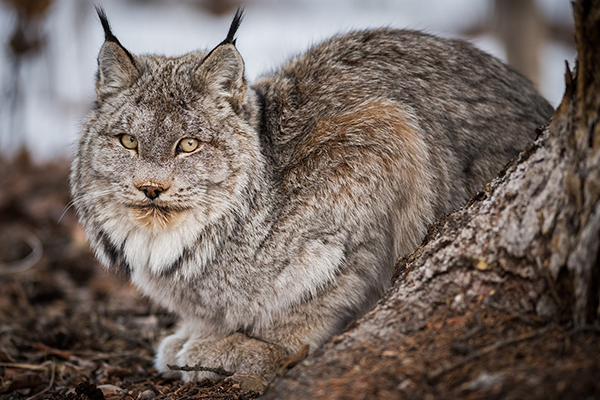 Despite the name, Canada Lynx can be found throughout forests in both Canada and a few parts of the United States. Another way to distinguish Canada Lynx from bobcats is to look for longer hind legs which also makes them appear taller. They also have much longer, rounder feet which act as snowshoes for them in the winter, helping them stay on top of the snow. Canada Lynx make their dens underneath fallen trees, tree stumps, rock ledges, or thick bushes. These wild cats are very territorial and males prefer to live alone while the females live with their kittens until they are old enough to leave the den. The average lifespan of a Canada Lynx in the wild is 15-20 years.

The biggest and most elusive of all the wild cats is the cougar (Felis concolor), an endangered species that can be found across both North and South America. There were a few reported sightings of a cougar in Whistler last summer on Rainbow Mountain and Mount Sproatt. 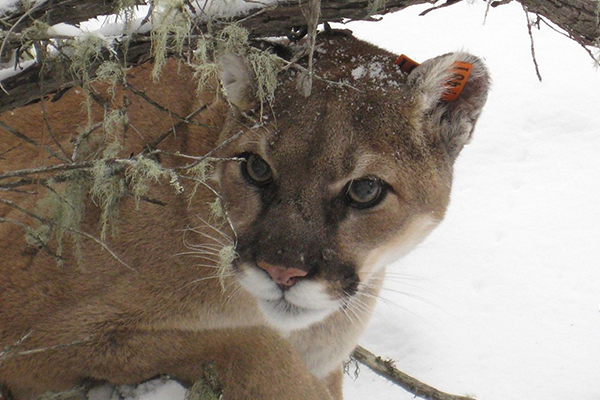 Cougars are the largest of the three native wild cats, with very muscular bodies, short coats that range in colour from grey to red to dark brown, and white markings on their throat, chest, chin, and whiskers. They rely on their sense of vision over smell, so they prefer to roam in rocky mountains and deeply forested areas. Cougars are incredibly fast, capable of sprinting on average 56 km/hr, and they can also jump 5.5 metres straight up from the ground or 9 metres horizontally! Since they range all the way from North to South America, there are around 40 different names for cougars, including pumas, mountain lions, red tigers, king cats, and panthers. Their average life span is 10-12 years in the wild.

Keep your eyes peeled next time you're on tour with us and maybe you'll see one of these elusive wild cats!