It's almost time to celebrate Canada's 151st anniversary on July 1st, 2018! There's a whole calendar packed with activities in Whistler to help you enjoy some of our nation's greatest wonders. Not sure where to start? Make the most out of your long weekend by experiencing what it's like to be Canadian with all five of your senses:

TREAT YOUR TASTEBUDS AT the Farmer's Market 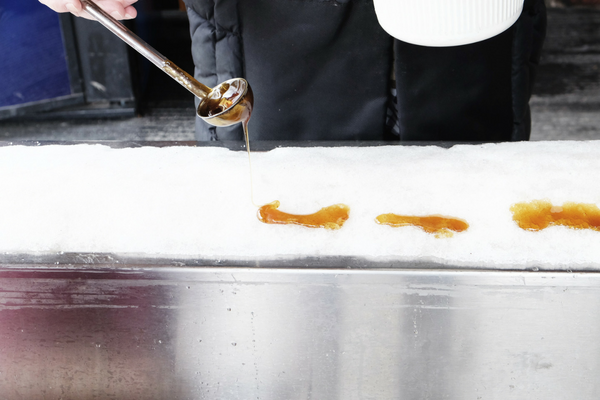 This long weekend the Whistler Farmer's Market is hosting a special two day event with vendors operating on both Saturday and Sunday. Shop for fresh, seasonal produce from local BC farms including some from as close as Pemberton, BC. Try a few sweet Canadian cherries or treat yourself to something heartier from one of the delicious food trucks or booths! Make sure you don't miss an opportunity to taste a real Canadian treat, Maple Syrup Taffy, where they take real Canadian Maple Syrup and pour it over snow until it hardens into a sweet candy. There's so much to taste at the Whistler Farmer's Market, taking place this weekend in the Upper Village from 11am - 4pm. What will you try first?

LISTEN TO THE VANCOUVER SYMPHONY ORCHESTRA

Head over to the Whistler Olympic Plaza on Saturday or Sunday at 8:30pm and listen to the harmonic sounds of the Vancouver Symphony Orchestra. Both performances are FREE to the public, so you may need to arrive a little early to secure the best seats on the lawn. Bring a blanket to sit on while you relax and let the soothing melodies wash over you as the sun goes down and the stars come out. 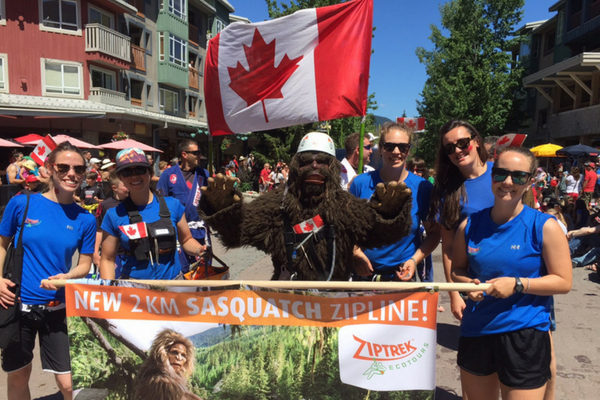 Whistler's famous Canada Day Parade kicks off at noon on July 1st from the Whistler Olympic Plaza to Mountain Square along the village stroll. We have some fond memories from three year's ago when we launched The Sasquatch® and marched in the parade. Line up anywhere along the village stroll between the Olympic Plaza and Mountain Square to see some of Whistler's favourite faces and many local businesses celebrating Canada Day together, in Great Canadian Campout style!

Take the Whistler Village Gondola to the very top until you reach the snow line and are able to touch the snow that Canada is so well-known for. If you're feeling brave, try to make a snow angel by lying on your back in the snow and then waving your arms and feet out. *NEW* for this year you can also ride the Creekside Gondola to get to the open chairlift called the Big Red Express which will take you the rest of the way up. Once there you can either hike up between the Snow Walls or hike down to the bottom of the Peak Chair and ride that all the way up to Whistler Mountain's highest point.

Stop and smell the Forest

Whistler is situated in a stunning coastal temperate rain forest filled with giant conifers such as Western Hemlock, Sitka Spruce, Western White Pine, Douglas-Fir, and Western Redcedar. These evergreens release different chemical phytoncides which give off the delightful forest aroma that we're all too familiar with. Next time you're deep in the forest take a deep breath through your nose and see what you can smell. All of our Ziptrek Tours include plenty of time in the tree top canopy for soaking up all the sights, sounds, and smells of our stunning coastal temperate rain forest. 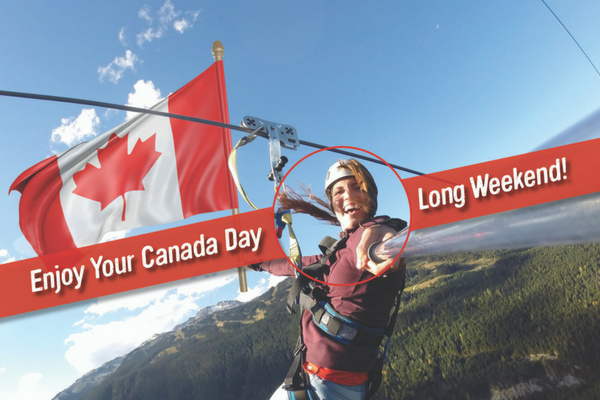