Scientifically known as Ursus Americanus, the American black bear is the smallest native bear to North America. Although they are smaller than the grizzly or brown bear (Ursus arctos) and the polar bear (Ursus maritimus), an adult black bear averages 130-190 cm (50-75") long from nose to tail and approximately 90 cm (35") from foot to shoulder when on all fours. Male black bears typically weigh between 130-500 lbs, while females are slightly smaller and weigh between 90-350 lbs.

Despite their name, the coat of an American black bear can vary in colour from black to chocolate or cinnamon brown to even lighter shades of blonde or white. Lighter coloured black bears are sometimes mistaken for brown bears, so it's important to know some of their other distinguishing features. You can usually tell the difference between a black and brown bear by their lack of a shoulder hump, shorter claws, and more convex shaped face. 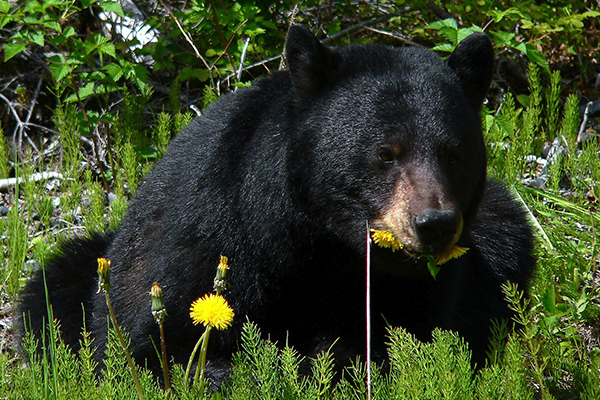 American black bears are omnivores, eating both meat and vegetation depending on the season and what's available in their location. They are often viewed as food opportunists and will feed off a wide variety of foods. Some of their favourite natural food sources in the Whistler area include skunk cabbage, dandelion, clover, sweetgrass, mountain ash, berries, insects, and carrion (leftover carcass).

These clever bears are also highly dexterous, capable of opening latched doors and even screw-top jars. They can run at speeds of 40-48 km/hr (25-30 miles/hr) and climb 30 metres (100 feet) up a tree within 30 seconds! Their short, sharp, and curved claws allow them to climb trees with ease in order to search for food, avoid predators, and even sometimes nap. 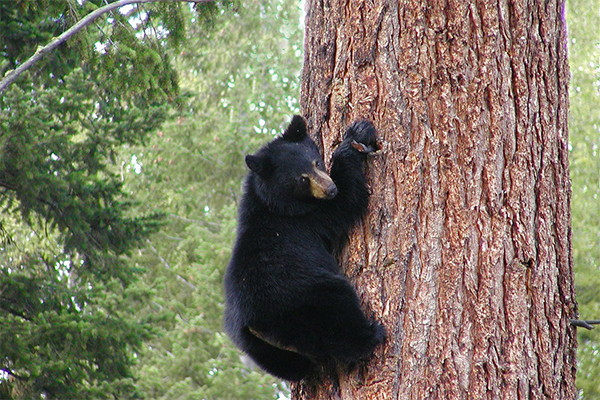 Whistler has a higher population density of American black bears than would be found in the wild. The local population averages around 60-70 adult black bears and cubs. In order to keep our local bears safe, it's important to maintain a safe distance when viewing them and familiarize yourself with these great tips from the Bear Smart Whistler community.

This time of year there's even a chance you might see a bear while out on one of our exciting tours!