The Coastal Temperate Rainforest is one of the most productive ecoregions on earth. Walk through the woods and you’ll feel a certain sponginess beneath your feet. It is the immense biomass of living and decaying material such as plant matter, moss, fallen trees and soil. It’s such an important part of the ecosystem that on our course we’ve built boardwalks and bridges to protect areas sensitive to degradation. Not only are you walking over the rich nutrients that allow the forest to thrive but also an intricate communications system partially made up of tree roots. Learn about how trees talk to one another in this Ted talk. 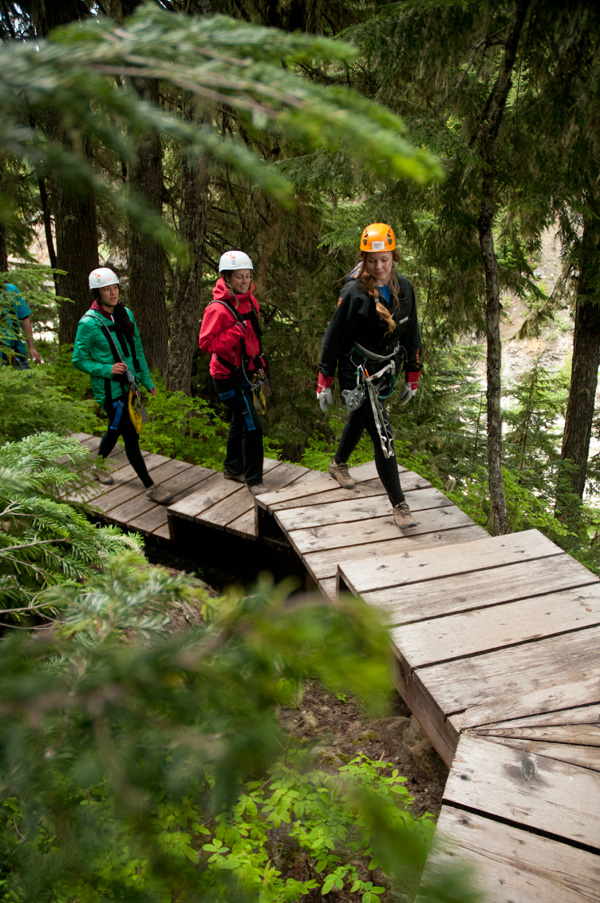 Sprouting from the rich earth are many types of ferns, flowering plants and berry bushes. It is mostly shade loving plants growing at this level because of the low level of sunlight that makes it through the forest canopy. Many of these plants are what feed the omnivorous wildlife like deer and black bears. You’ll also find nurse logs which are fallen trees that now play host to fungi, small critters like deer mouse, rabbits, invertebrates and even birds. Which if we keep moving up the food chain support our larger carnivorous animals like the elusive bobcat, cougars, and coyotes - some of the most common mammals in our neck of the rainforest. The cougar is the largest cat in this region, weighing in at 130 - 220 lb and reaching up to 7 ft long (tail included). We’ve only seen cougars a handful of times on course as they are stealthy creatures that usually avoid people. We are much more likely to run into a deer or busy black bear throughout the day. Black bears can be seen all over Whistler throughout the spring and summer months, usually eating. Besides rearing their young, their main objective is fattening up for winter. Even if you don’t see a bear on tour there is evidence of them all over the course from claw marks on trees from climbing, tuffs of hair caught on trees they’ve scratched their back on, to their hidden winter dens under old-growth tree roots. Bears are a keystone species in this part of the Coastal Temperate Rainforest because they help deposit the nutrients the forest needs to flourish. We are also lucky enough to operate over the glacial fed Fitzimmons creek which acts as an important water source in the drier months. 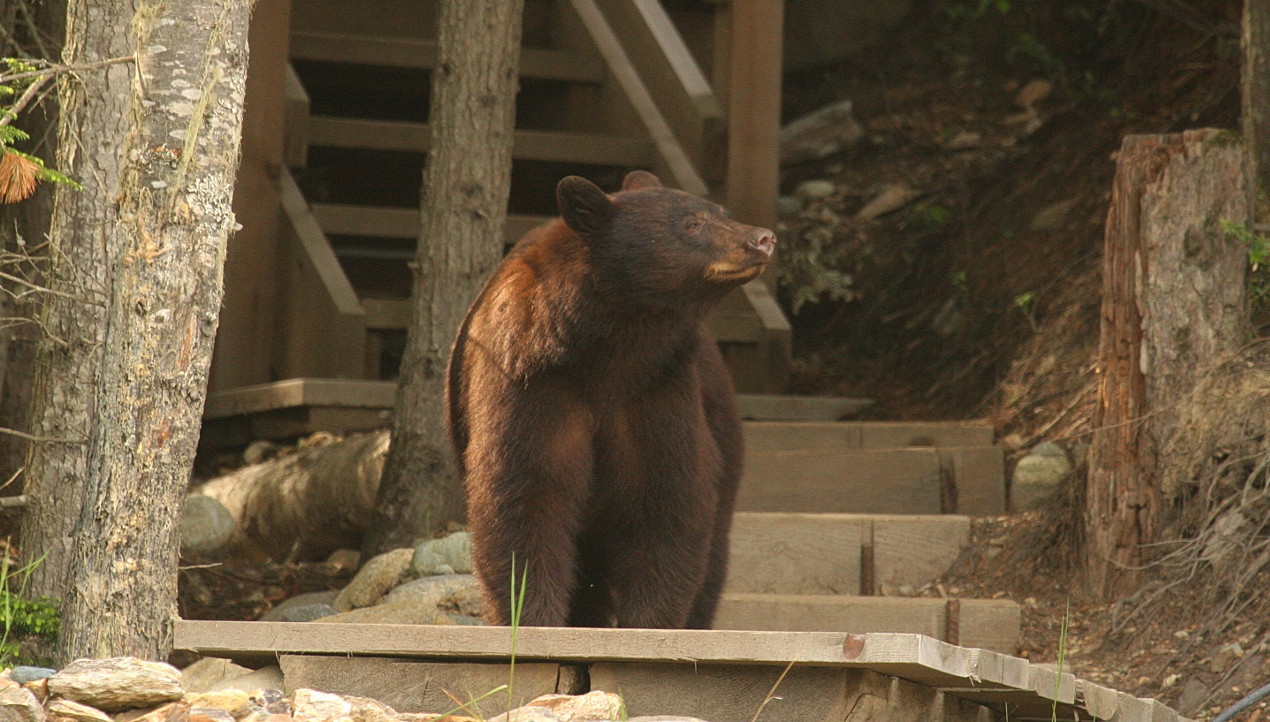 Towering above all this are the crowns of hemlock, Douglas fir, western red cedar trees all which our suspension bridge and viewing platform system allows you the unique opportunity to explore. These structures are made out of western red cedar wood as it has a natural compound called thujaplicin that preserves it. So theoretically, if we were to pull all the cables and bolts out of the structure, the wood would drop to the forest floor and become a part of the biomass with no harm done. Also, when it rains (as it does a often in the rainforest!) no harmful chemicals from a finish are leached into the groundwater below. On a Ziptrek tour you’ll visit either our beloved Bid Doug or Little Doug, these Douglas fir trees are anywhere from 600 - 800 years old, we operate in one of the last stands of old-growth forest in Whistler. They tell the stories of this rainforest and act as both catcher and host for lichen. Lichen is composed of fungi and algae living in a symbiotic relationship. It can be food for deer in the winter months, used to treat wounds and a signifier of air quality - it only lives in the cleanest environments.

Besides zipliners, in these trees you’ll find a variety of bird species taking flight- most common for us to sport are pileated woodpeckers, bald and golden eagles, the marbled murrelet, northern spotted owl as well as smaller birds like chickadees. 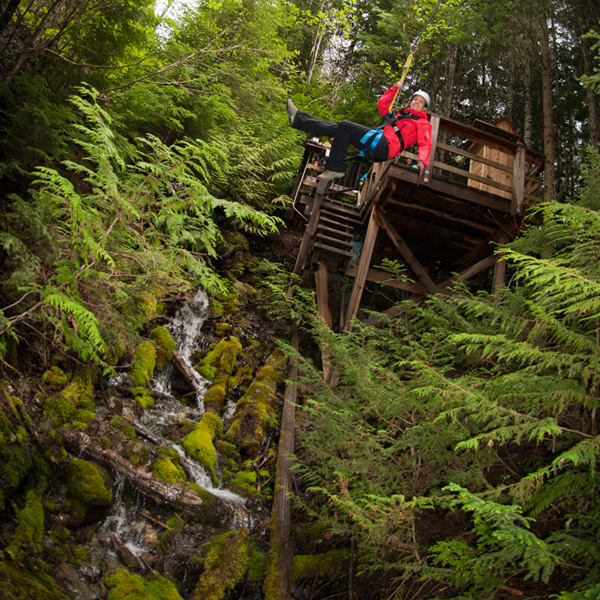 One of the wettest non-tropical areas in the world, it takes 33 - 105 in of annual rainfall to sustain the Coastal Temperate Rainforest. That may seem like a lot to someone from Arizona but for us it feels just right! Of course we have many sunny days and days it snows so hard you can’t see straight but some of our favourite days are when the fog weaves through the trees and the ambient sound of rainfall can be heard on the leaves. The rain keeps the waterfalls flowing, the rainbows reaching and greenery growing. No matter the weather, the Coastal Temperate Rainforest is always an adventure!